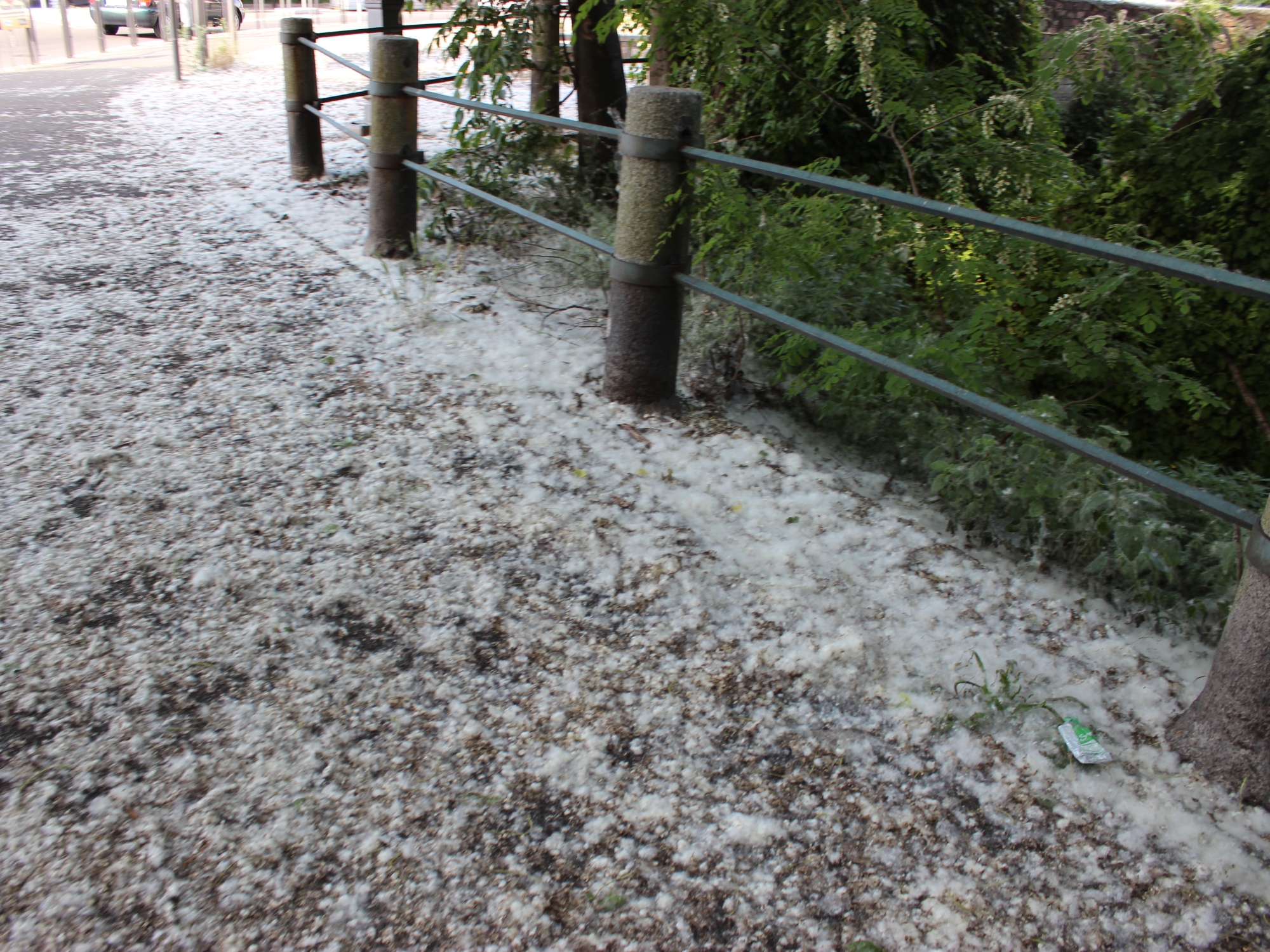 Imagine waking up on a lovely spring morning in northern Italy.  Light floods into your college room, brightening your bookcase, the wall, your desk.  The sun filters through and caresses your cheek as you lie in bed, gently prodding you awake.  You sit up slowly, preparing yourself for a new day ahead.  And then you look across to the window and find that the morning sunlight is not in fact filtering through the clear glass as it usually does, but is squeezing past a thick layer of fluff.

I was bemused. Confused. Lost, even.

There was a thick layer of some form of fluffy white substance, which looked suspiciously similar to snow, except it wasn’t snow.

As I walked through the streets later in the day, I was constantly bombarded by clumps of the stuff floating through the air, large clouds of white which would lie in wait and then jump and attack when I turned the corner.  Overnight, Pavia had transformed, the streets overrun, the air polluted.

It was – embarrassingly enough – a couple days before I plucked up the courage to ask what on earth the substance was.  I had been nearly convinced that it was a toxic substance maliciously plotting to infect my foreign lungs.  But, no.  Almost to my disappointment, it was not an outbreak of disease, or a noxious weed/parasite, and it most certainly was not snow.

What is was, ladies and gentlemen, was pollen.  Pollen as I had never seen it before, and it took quite a bit of explaining to convince the Italians that terrifying clouds of white don’t plague the streets of Western Sydney in the spring-time.  They did, however, find it highly amusing that I had mistaken the perfectly harmless pollen for a range of terrifying and/or malicious substances.

Anna, my Danish college buddy, found a particularly fascinating ‘forest’ of pollen on one of her morning walks.

Feast your eyes below, ladies and gentlemen, for I present to you: the day that Pavia was taken siege by pollen! 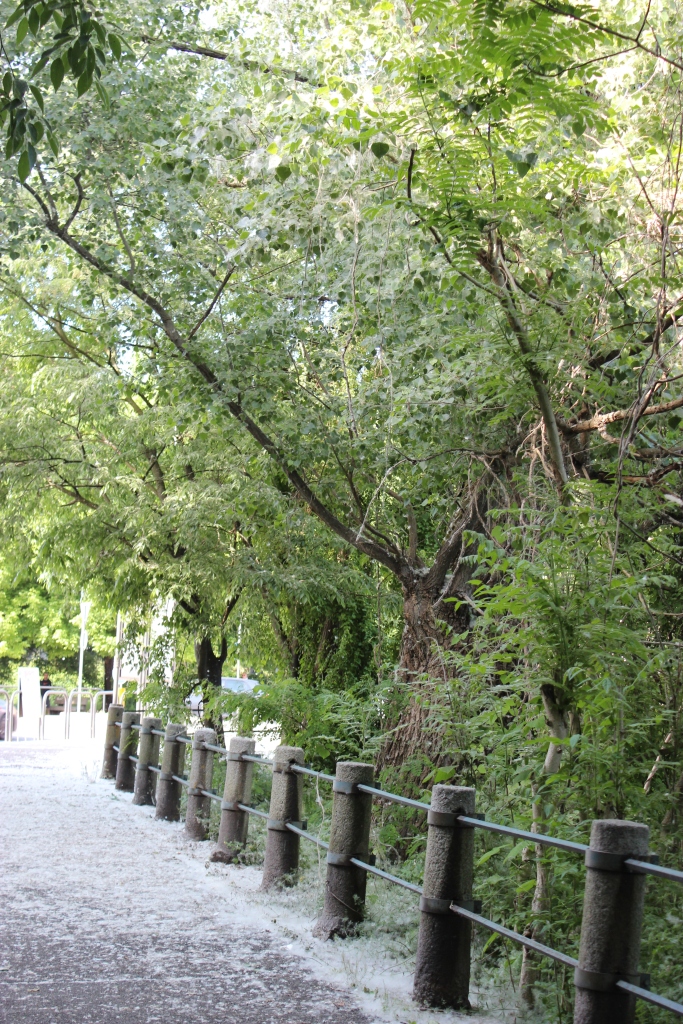